I am a certified Kick It by Eliza instructor! I’ll be teaching the 13-round, kick-boxing inspired cardio classes in Boston — and wherever else my travels take me!

Here’s why this is significant:

Like so many women, I have struggled with my weight and body image my whole life. Growing up in the dance studio, I was constantly comparing myself to the other girls, feeling that I could never look as graceful as them because of my shape. I specifically remember my first time feeling upset about this: I was EIGHT. I had come home from a dance class and cried to my mom that my thighs were too big. AT EIGHT!

I developed a very unhealthy relationship with food and exercise in high school. I counted out to 1,000 calories a day, despite the fact that I was spending hours a day in dance rehearsals or acting classes and was walking between classes. I would skip meals, throw away food. If I ate too many calories, that’s when I would come home and walk/jog on the treadmill until I had burned off the excess. To be honest, as sick as it sounds, I’m impressed with my self-control!

In college, much of this faded away naturally. Food was part of the social culture, so it didn’t seem like the enemy! I felt like I had escaped the pressures of high school and just wanted to fit in. I was also so active with dance and walking to campus, that I didn’t care as much about the extra weight I had put on. (Not that I didn’t care at all, but it was certainly an improvement.)

Also in college, I had access to a gym for the first time. I had no idea what to do with it the first few times I went, but I went anyway and tried to watch other peoples’ routines.

I was in a new environment – people didn’t know me, didn’t know that I wasn’t a “sporty” or athletic person, so I wasn’t as afraid to try new things. My friends slowly got me into running. We’d go to the gym together, and I actually started enjoying it.

Flash forward to 2013. I was living in NYC. Completely miserable. I hated my job and my apartment. I was heartbroken over a breakup, struggling to try to become an adult, and I felt so alone. So I started running as a means of getting away from my depressing, cold, tiny apartment. And I used any small amount of money left over from my rent to pay for a gym membership. This kept me busy – and also gave me access to hot water, which I often didn’t have at home. I very quickly became addicted.

I tried everything – hot yoga, aerial classes, kick boxing, chair dancing, circuit classes, insanity workouts. I even tried out a personal trainer – until I realized I couldn’t afford that! I met new friends there – people who didn’t know about my breakup or my history with food and dance and working out. They knew me as a person who loved the gym – who was strong. And, I kind of liked that!

In 2014, after almost a year of struggling through my New York City lifestyle, I moved to Boston and started working for EF Education First, where I still work today. The company is amazing in general, but one of its best employee benefits is its fitness programs. There are work out classes for employees offered multiple times a day. There is a running club, a hiking club, deals on spin classes, yoga, climbing gyms… you get it.

Since moving to Boston, I have run my first half marathon. I started circuit training regularly. Working out became a part of my routine; a source of my confidence.

So when the opportunity came up to teach a fitness class at EF, I knew it was the right moment.

I had taken a few Kick It by Eliza classes before. I loved that it is focused on strength, not skinniness, and empowering women, not shaming them. It is founded in kick boxing, but also in dance and musicality. I leave Kick It classes feeling more confident. I want to help other women (and men!) feel that way, too.

Also – for those of you have been following along – you know that I was also coming off of a pretty intense surgery and recovery period (read here). So this felt even more important to me – to regain a sense of control over my body and my activities.

Certification was exciting! First there was a class, followed by a Q & A session with other instructors. Next – and most importantly – there was the 4-hour course where I was surrounded by other inspiring and strong women. We took class together, learned kick boxing technique, discussed class structure and format, then took turns leading each other. Finally, there was the video submission. Then the waiting…

I still can’t believe it! I feel so grateful to be a part of the Kick It community; so inspired to be surrounded by confident, strong women (in Kick It, we call it the #femire). And, probably most importantly, I feel grateful for my own body for all it’s able to accomplish. 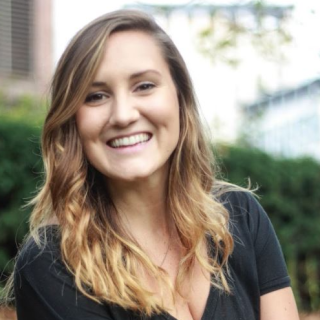